“Bless the Lord, O my soul! O Lord my God, You are very great; You are clothed with splendor and majesty, covering Yourself with light as with a cloak, stretching out heaven like a tent curtain” (Psalm 104:1-2).

H ow did the cosmos form? How did it begin? Was it always there, the “eternal constant,” as Darwin surmised? What about the mystery of the four seasons of the year? What causes the earth to annually and predictably adjust from summer to spring to fall to winter? Was there a worldwide flood? If so, what happened to all the water that covered the tallest mountains by 15 cubits? Where did the water go? How did the water dissipate in just half a year?

If I told you that the psalmist, writing in about 1,000 BC, knew the scientific answers to all the above and wrote them all in one psalm, would you be surprised? Would you believe in divine inspiration?

“Covering Yourself with light as with a cloak, stretching out heaven like a tent curtain” (Psalm 104:2).

“It is He who sits above the circle of the earth, and its inhabitants are like grasshoppers, Who stretches out the heavens like a curtain and spreads them out like a tent to dwell in” (Isaiah 40:22).

Recent data from NASA, published on April 8, 2017, established the fact that the cosmos indeed had a beginning. From the moment of supernatural inception, it expanded “like a giant curtain being drawn across the heavens,” a trillion trillion-fold in the first trillionth of a trillionth of a second.

Indeed, an all-powerful being stretched the giant curtain instantly across the heavens to defy all laws of naturalistic science.

“He established the earth upon its foundations, so that it will not totter forever and ever. You covered it with the deep as with a garment; the waters were standing above the mountains. At Your rebuke they fled, at the sound of Your thunder they hurried away. The mountains rose; the valleys sank down to the place which You established for them” (Psalm 104:5-8, emphasis added).

With countless fossil deposits all over the earth and under the earth, from tiny bacteria to 80-foot-long dinosaur skeletons, all buried instantly under layers of mud, sand, and gravel in a cataclysmic, worldwide flood–the evidence of such a flood exists on all seven continents. Some sea-going fossils have even been discovered as high as 29,029 feet above sea level in the Himalayan mountains (i.e., near the summit of Everest). There is only naive doubt that the flood is factual and historical. Furthermore, a National Geographic study published on September 13, 2000, produced evidence of a several-thousand-year-old human habitation 300 feet below the surface of the Black Sea 12 miles off the Turkish coast. Coupled with the evidence of vertical and semi-vertical layers of hardened sediment in the geology of the giant Rocky Mountains, the Himalayan Mountains, and the Apennine Mountains, as well as the deep sedimentary-layered canyons in Arizona, Peru, Australia, and Namibia, the evidence bears witness to an instant raising of the mountains and the lowering of the seas at the end of the flood, causing the waters to rush through the hardened layers of mud, sand, and gravel in the valleys below.

Surely the psalmist had the divinely inspired news release many centuries before science even had a clue.

“O Lord, how many are Your works! In wisdom You have made them all; the earth is full of Your possessions” (Psalm 104:24). 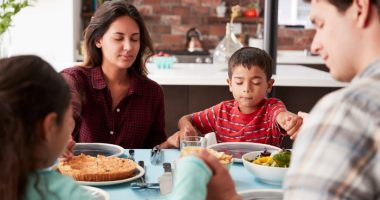 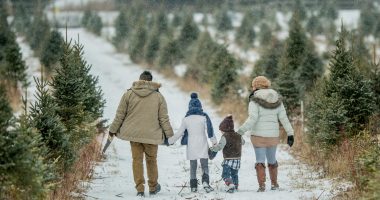 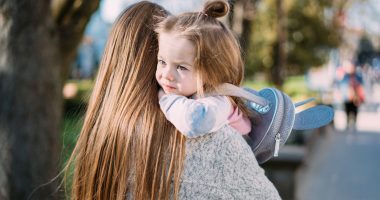